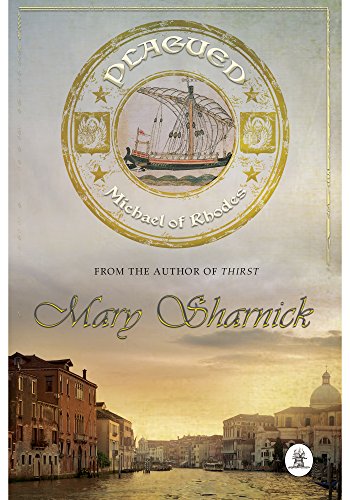 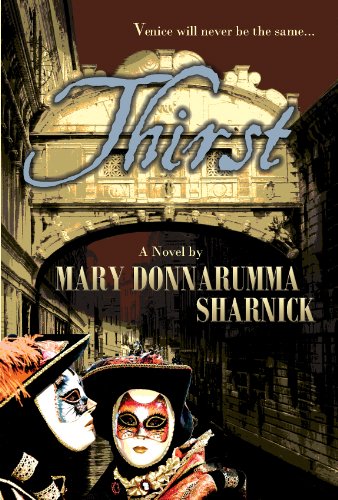 Mary Donnarumma Sharnick has been writing ever since the day she printed her long name on her first library card.  A native of Connecticut, she graduated from Fairfield University with a degree in English and earned a master’s degree in Renaissance studies from Trinity College, Hartford.  Fascinated by la Serenissima and the islands of the Venetian lagoon since her first visit in 1969, Mary has returned to Venice numerous times.  Her first novel, THIRST, set in seventeenth-century Venice, is being adapted for the operatic stage by composer Gerard Chiusano and librettists Mary Chiusano and Robert Cutrofello.  Mary has signed with Fireship again for PLAGUED, the first novel in an anticipated series about the historical Michael Rhodes and his relationship with Venice during the fifteenth century.

A recipient of The Beatrice Fox Auerbach Solo Writer’s Fellowship, Mary was afforded the opportunity to conduct research in Venice during the summer of 2010.  A scholarship from Wesleyan Writers’ Conference (2008) and two Nigel Taplin Innovative Teaching Grants (2008, 2013) from Chase Collegiate School, where Mary teaches writing and chairs the English Department, have also supported her research.  Mary has studied with novelist Rachel Basch at Wesleyan University and in private workshops and will work with novelist Louis Bayard at Yale Writers’ Conference, in New Haven, June 2014.  Mary’s reviews have appeared in The New York Journal of Books, Southern Humanities Review, America, and other journals.  Memoir excerpts have appeared in The American Journal of Alzheimer’s Disease and Related Dementias, America, Italian Americana, and Healing Ministry.  Mary has taught at Mark Twain House’s Writers’ Weekend (2013, 2014), presented at the 41st annual convention of the American Italian Historical Association, at Auburn (AL) Writers’ Conference (2012), at the University of Connecticut’s Osher Center, Waterbury, CT, and at a variety of libraries, bookshops, and schools.  With her husband Wayne Sharnick, Mary leads her writing students on “slow travel” tours of Italy, the country she considers her second home.