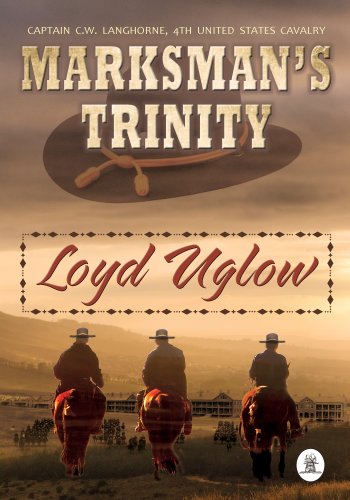 He started writing when he was five years old, in a collaborative effort with his older sister to produce a mystery similar to the Nancy Drew stories they both enjoyed. It didn’t get far. Fiction has remained his primary love in writing, but his earlier published works were all non-fiction. Those include Standing in the Gap, a history of the army’s use of scouting camps and sub-posts in the pacification of the Texas frontier in the late nineteenth century; and two historical biographies for children, on Benjamin Franklin and Abraham Lincoln. He is also the author of the “Military Posts and Forts” section of Congressional Quarterly’s Encyclopedia of United States Indian Policy and Law. He has honed his writing skills by working as a professional editor for several years with an academic editing service and in freelance work.

Uglow is a retired Commander in the United States Naval Reserve, with sixteen years combined active and reserve service on board ships and at shore activities. He has served as navigator, communications officer, and deck officer afloat, and in convoy control and other related units ashore. He is a qualified Surface Warfare Officer. In addition, he has completed graduate coursework in strategy and policy from the United States Naval War College.

He lives in the Dallas area with his wife, Carol, and his two sons, who also like to write. Visit his blog at RedRoom.