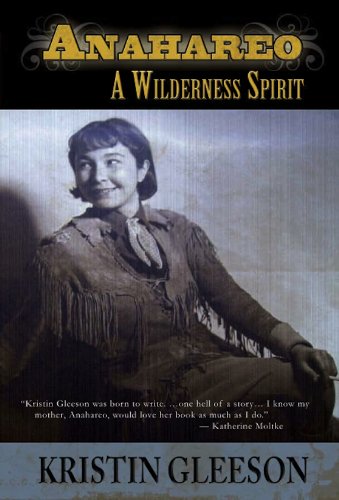 Originally from Philadelphia, Kristin Gleeson lives in Ireland, in the West Cork Gaeltacht, where she teaches art classes, plays harp, sings in an Irish choir and runs two book clubs for the village library.

With a family that expanded to include a Thai, a Cuban, a sister-in-law with Native American heritage and her own Cornish husband, Gleeson found herself naturally drawn to narratives that reflect cross-cultural experiences, a theme reflected in both her works.

She holds a Masters in Library Science and a Ph.D. in history, and for a time was an administrator of a national archives, library and museum in America. There she handled the letters, diaries, reports and artifacts of Alaskan missionaries and assisted Tlingit Indians in recovering their land and their past. Later, she served as a public librarian in America and in Ireland.

Gleeson has published short stories and had also written history freelance and published articles and essays in reference works and academic texts.  Myths and other folk tales have always fascinated her and she combined her love of these tales with her harp playing and performed as a professional harper/storyteller at events in Britain, America and Ireland.

In addition to Anahareo, A Wilderness Spirit, Gleeson is also the author of Selkie Dreams, (Knox Robinson Publishing)