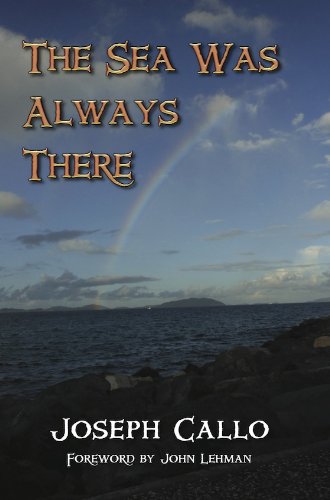 Joseph Callo is a Naval History Magazine Author of the Year. His most recent book John Paul Jones: America’s First Sea Warrior (Naval Institute Press, 2006) is the 2006 winner of the Samuel Eliot Morison Award by the Naval Order of the US for excellence in naval literature. He contributed to The Trafalgar Companion(Osprey Publishing, 2005) and was U.S. editor/author for Who’s Who in Naval History(Routledge, 2004). His books include Nelson in the Caribbean: The Hero Emerges, 1784-1787(Naval Institute Press, 2002), Nelson Speaks: Admiral Lord Nelson in His Own Words (Naval Institute Press, 2001), and Legacy of Leadership—Lessons from Admiral Lord Nelson (Hellgate Press, 1999). Mr. Callo has written for a variety of magazines and newspapers. He also is a frequent public speaker and has done numerous radio and TV interviews.

Before writing full time, Mr. Callo was a senior executive with major advertising agencies and was a freelance producer for NBC-TV and PBS. His awards include the prestigious George Foster Peabody Broadcasting Award for his work as line producer on the NBC-TV prime-time special Tut: The Boy King (narrated by Orson Wells) and a Telly Award for his script for The Second Life of 20 West Ninth, a PBS and History Channel program (narrated by William Shatner). He taught advertising and writing at St. John’s University.

Mr. Callo was commissioned from the Yale University Naval Reserve Officers Training Corps and served two years of sea duty with the U.S. Navy’s Atlantic Amphibious Forces, where he was qualified as a surface warfare officer. Upon returning to civilian life, he commanded three reserve public affairs units and performed reserve duty with a variety of U.S. Navy commands, including: the Pre-Commissioning Detail of USS Saratoga, Sixth Fleet, Pacific Fleet, Office of the Chief of Naval Operations, Naval War College, Chief of Naval Reserve, Chief of Information, the Oceanographer of the Navy and others. He retired from the Naval Reserve as a rear admiral. He learned to sail at age 13, and he skippers sailboats up to 50 feet in length in the Caribbean. He also crewed in the full-scale reproduction of Captain Cook’s square-rigged bark Endeavour. Mr. Callo lives in New York City with his wife the former Sally Chin McElwreath, who is a retired Naval Reserve captain and most recently was a senior vice president with a major utility/energy company.