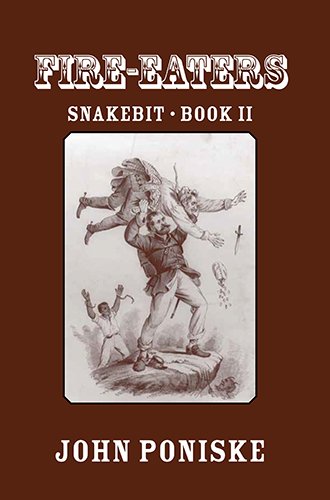 John Poniske was raised in Lincoln’s hometown of Springfield, Illinois. He joined the Marines out of high school. As a Marine, he participated in the civilian evacuations of Phnom Penh, Cambodia, and Saigon, South Vietnam. John has been a bartender, a bar manager, an actor, a freelance writer, and a journalist He has run his own landscape design business and murder mystery for hire business in New York and Pennsylvania. He has only recently retired from teaching English and Social Studies in an Alternative School setting.  John has earned his BA and MA in Historical Studies while designing and publishing 25+ historical wargames with multiple boardgame companies. He is an avid hiker and traveler, having visited all 50 states and traveled to 45 foreign countries. John is active in his church and in his community, volunteering when he can. He is a current docent at the Monterey Gap Battle Site, located between the Gettysburg and Antietam Battle Sites. John is very married to his wife of 44 years and has two grown children whom he considers his best friends.

Poniske’s first book in the Snakebit series can be found on Amazon: Prelude to War, Snakebit, Book I

The Garretts and their friends and family tell our American story; the story we didn’t hear about in school.

In Fire-Eaters, the second book in the Snakebit series, John Poniske skillfully shows how our Dis-United States came to be on a war footing. The humor, the humanity, and the horror blend in a tightly woven tale, as historical as it is fictional.

Geoffrey Garrett acts as his family’s conscience. Geoff’s dead father, Valentine, acts as Geoff’s compass in a world gone snakebit-crazy. The Garret and McCune families introduced in book one Prelude to War live in Maryland, a border state torn between abolitionists to the North and slavers to the South. The McCunes are slavers, the Garretts are not. Geoff and his family pay a steep price for the stand they take.

Runaways flock North, where they overrun Fortress Monroe. Armed militias spring up in every county of the country. Baltimore, Maryland, sees the first bloodshed in its streets and you are there to witness it. War profiteers slink forth as cannons are aimed and fired in Charleston, South Carolina, and the American Civil War begins in earnest.

“From late December 1860 to early June 1861, author John Poniske adeptly portrays a nation torn irrevocably apart by class, culture, capital, and cynicism, especially as it unravels over the corrupt institution of slavery. He assembles an array of characters who help the reader understand the issues and conditions facing them and confronting the nation altogether. Slaves, freed, slavers, plantation owners, industrialists, abolitionists, farmers, families, lawyers, newspapermen, militia members, sales agents, politicians, doctors, pastors, and military personnel of all ranks—North and South—rich and poor—are frankly revealed with their good and bad qualities alike. Hope exists, but it’s bleak and held by few, except for individuals like Frederick Douglass and Abraham Lincoln, as well as for those who hold higher humanitarian values.

“Poniske does not shy away from showing the abject misery, contempt, and brutality of racism, and the stark poverty of the mind. Fire‒Eaters is the second book in his series that takes place in the United States from 1859 to 1877. Scoundrels and saints, and all those between these two bookends of the human condition, help reveal an excellent and riveting tale. It is well researched and presents this American era in the stark reality in which it occurred. Yet, his story inevitably shines brilliantly on the goodness that humanity can muster into the light of day during the darkest and bleakest of times.” –Keith Carriero, English Professor, University of Pennsylvania, Classical Guitarist and Author of the series, Immortality Wars