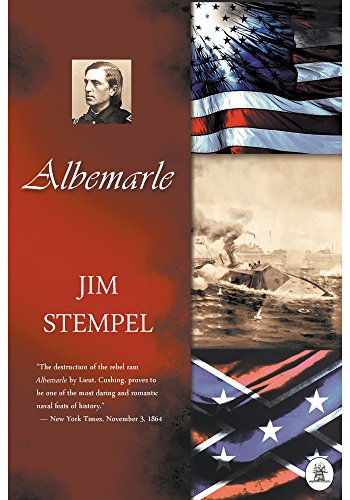 For over thirty years Jim Stempel has had the good fortune of living with his family at a country location in Western Maryland overlooking the Blue Ridge. His wife, Sandie, is on staff at nearby McDaniel College where she teaches astronomy and physics, while his three children – a daughter and two sons – have moved on to professional careers. An avid athlete for most of his life, Jim helped coach his children in basketball and baseball while they were young, while active as a runner and handball player himself. A student of the human condition, he is the author of six books including satire, psychology, spirituality, and scholarly works of historical nonfiction. He is a graduate of the Citadel, Charleston, S.C.

Jim is considered an authority on the Eastern campaigns of the American Civil War – having published two scholarly works on the subject and numerous articles – and his most recent book, The Nature of War; Origins and Evolution of Violent Conflict has been well received by an international audience for its willingness to delve into the basic motivations of human warfare and the true prospects for peace those motivations suggest. HIs published works reflect a wide range of interests, numerous articles appearing in such varied journals as Concepts in Human Development, New Times, and North & South. When Belief’s Fail, Jim’s nonfiction analysis of science, psychology, and modern spirituality, brought high praise from fellow authors such as Ken Wilber, Dr. Larry Dossey and Mark Robert Waldman. Comfortable working in both fiction and nonfiction Albemarle, Jim’s recently released novel by Fireship Press, brings to life one of the more remarkable and exciting naval missions of the civil war which he uncovered while researching The Nature of War. Written as historical fiction, Albemarle should prove as interesting to the occasional reader as it is to the professional historian. He is now putting the finishing touches on a narrative nonfiction presentation of one of the more important but generally forgotten campaigns of the American Revolution in addition to other historical fiction concerning the civil war.

“Albemarle is one of those rare gems, a work of historical fiction that keeps the reader turning the pages of this powerful, true story. The book comes as close to living history as anything I have encountered in print, and I highly recommend it for anyone in search of a deeper grasp of the torturous evolution our society has undergone. It’s an exciting and rollicking good tale.” –Mark Robert Waldman, Loyola Marymount University, Los Angeles, Author of Words Can Change Your Brain

“…Cooke’s role makes an interesting story, but what follows is high adventure. A daring nighttime mission, in which 15 brave sailors under young Lt. Cushing sent the Albemarle to the bottom, marked a turning-point in the coastal war.

Written in conversational style, but well-documented, Albemarle is for all readers (and would make a great movie!).” –The Historical Novel Society