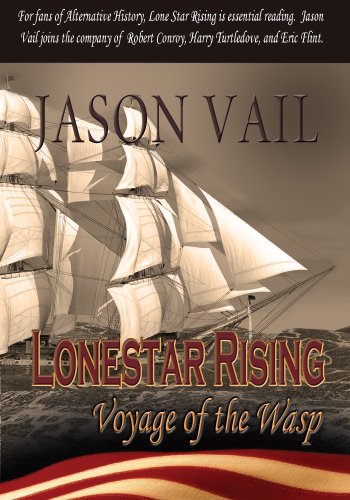 Jason Vail is a writer of historical fiction and a martial artist who blends rich historical detail with realistic martial action. His martial arts career includes training in karate, jujutsu, judo, boxing, wrestling and mixed martial arts. Since 2001, he has been a student of historical European martial arts and is an avid longsword and backsword/broadsword fencer. However, his primary focus has been in reviving the dagger combat techniques found in the European fighting manuals dating back to 1409 not only because of their historical interest but also because of their usefulness in modern self-defense. The result of this study is his book Medieval and Renaissance Dagger Combat, published by Paladin Press.

In addition to Lone Star Rising: Voyage of the Wasp, Mr. Vail is the author of the Stephen Attebrook action/mystery series set in 13th century England, whose titles include The Wayward Apprentice, Baynard’s List, and A Dreadful Penance.