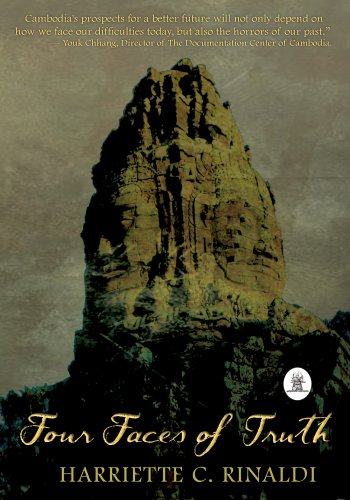 A member of the U.S. Government’s Senior Executive Service and Senior Intelligence Service, Harriette Rinaldi graduated from Salve Regina University in Newport RI (B.A) and received her Master’s Degree from Brown University. She also pursued graduate studies at the Sorbonne in Paris.

During her twenty-seven-year career with the Central Intelligence Agency, she enjoyed challenging overseas assignments involving the collection of foreign intelligence responsive to the needs of American policymakers and served in several leadership positions at Headquarters. She was the founder of CIA’s Women’s Leadership Forum and a regular speaker at interagency conferences and policy forums. She has received many awards from CIA and other U.S. Government entities. After retirement, she taught leadership seminars for mid- and senior-level government managers throughout the country, including specialized training programs for NASA, the Department of Justice, and the U.S. Army Special Forces. She is the author of a nonfiction book entitled Born at the Battlefield of Gettysburg: An African-American Family Saga (Markus Wiener Publishers, 2005) and Four Faces of Truth (Fireship Press 2014).

“ I grew up during the Cambodian war (1970-1975) and I still continue to be haunted in some way by my experiences under the Khmer Rouge. Four Faces of Truth is an important contribution to the discussion concerning what if and, consequently, what now? For example, what if there had been no war or genocide in Cambodia? As Harriette Rinaldi’s book demonstrates, Cambodia’s prospects for a better future will depend not only on how it faces its difficulties today, but also on how it faces the horrors of the past.” – Youk Chhang, Director of the Documentation Center of Cambodia, the major human rights organization in Cambodia