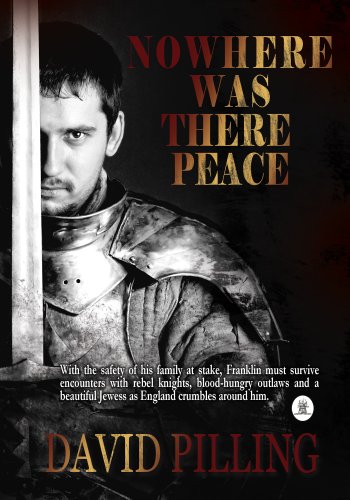 David Pilling was born in Kent, the Garden of England, but has little memory of it, since at an early age his family decamped to run a dairy smallholding in the wilds of West Wales. There they stayed, and his upbringing in the midst of a land shrouded in myths and legends turned him into a sort of history sponge: his delight in childhood was to explore the haunted ruins of medieval castles and abbeys, and imagine the people of long ago that once inhabited them. Inevitably he was drawn to similar reading matter, and devoured such classic tomes as A Child’s History of England, Sir Nigel, and The Once and Future King.

Pilling’s enduring affection for all things medieval (with detours into Romans, Dark Age Britons, Tudors, Cavaliers & Roundheads) stayed with him into adulthood, and after – finally – graduating from Nottingham Trent University he embarked upon a career in Archives. He has enjoyed the privilege of working with a wide range of historical collections, ranging from family histories to obscure Oriental manuscripts to the private journals and lesser-known works of contemporary British artists.

The desire to turn his childhood imaginings into fiction did not manifest until Pilling was well into his twenties, but he has done his best to made up for lost time: his works to date include full-length novels set during the time of the Late Roman Empire, the reign of Edward II and the Wars of the Roses, and the era of the Baron’s Wars. The latter is the setting of his latest novel, Nowhere Was There Peace.