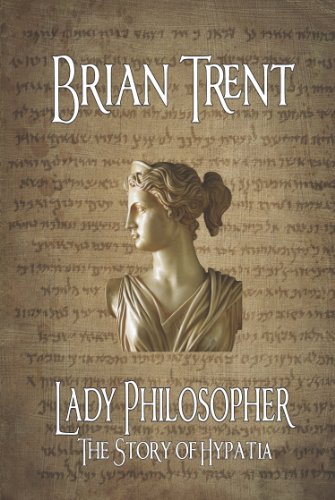 Brian Trent is an award-winning novelist, screenwriter, poet, and essayist. Working in multiple genres, Trent’s diverse work has appeared in over 200 publications including, The Humanist, Clarkesworld, The Eclectic Muse, Electric Velocipede, The Copperfield Review, and Strange Horizons among others.

He is a frequent radio and podcast guest on the ties between history, philosophy, culture and technology, and a guest speaker at Yale on the subject of Hypatia and classical civilization. Trent lives in central Connecticut.

Lady Philosopher: The Story of Hypatia

On a November night in Egypt, 414 A.D., one of history’s most brilliant individuals was assassinated. Her name was Hypatia, teacher and scientist at the fabled Great Library of Alexandria and the last glimmer of hope before the Dark Ages.

The Roman Empire is crumbling, the fragments of the classical world regrouping in Egypt when Thasos, son of an ill-fated scholar, meets Hypatia of Alexandria. Astronomer, mathematician, and philosopher at a time when women were shunned from learning, Hypatia is a daring visionary in a world about to change forever.

As an insidious power-struggle erupts between church and state Hypatia finds herself at the forefront of battle, but she is not alone. Those who cherish her, who will remember her, become her allies – including the powerful Governor Orestes, who keeps his consuming love for her as secret as she keeps her feelings for him.

Lady Philosopher: The Story of Hypatia is a vivid retelling of a now-forgotten historical tragedy, when courage stood against fear, when the legacy of the wise vanished in the dark. Author Brian Trent resurrects the ancient world’s most famous metropolis and explores the final days, not just of a brilliant mind, but of a lost era.

BASED ON THE TRUE STORY