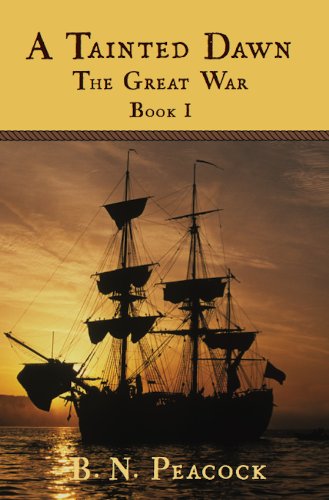 B. N. Peacock’s love of history started in childhood, hearing stories of the old Austro-Hungarian Empire from her immigrant grandparents. Her youthful heroes included Julius Caesar and Lord Nelson. In addition to history, she showed an equally early proclivity for writing, winning an honorable mention in a national READ magazine contest for short stories. The story was about the battle of Bunker Hill as seen from the perspective of a British war correspondent.

Peacock majored in Classical Studies (Greek and Latin) at Franklin & Marshall College in Lancaster, PA. In her junior year,  she spent a year abroad studying at Queen Mary College, University of London in England which led to the discovery of another passion, travel. Interested in finding a career that involved travel, Peacock received an M.A. in International Relations from the University of Kentucky and an M.S. in Agricultural Economics from Clemson University. The professional years followed, with work at USDA’s Economic Research Service as a commodity analyst and writer, with occasional television appearances. It was during this time she met and married her husband Daniel, who also loves to travel. They indulged their mutual interest, visiting such places as Austria, Italy, the Czech Republic, Slovenia, and Tobago, as well multiple trips to England, Belgium, and the Caribbean after her children were older.Throughout her travels, Peacock continued writing, book reviews and contributions to the local newspaper, and The Tainted Dawn, the first in a series of novels about the great naval wars between England and France, 1792–1815.