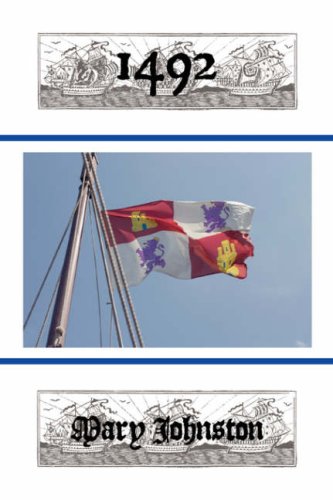 It was one of the most exciting periods in history. The impact of Gutenberg books was starting to be felt. Martin Luther was soon to touch-off the Reformation; and a wild-eyed adventurer by the name of Christopher Columbus was about to make obsolete every world map of his day. This is the story of Columbus, but it is not told through the eyes of an academic or an historian. It is told by a simple sailor-a Christian of secret Jewish ancestry-whose hopes and fears not only makes the story more engaging, but all the more realistic. From the fear and confusion of the first voyage, to the clash of the European and native American cultures, to Columbus' final vindication, Mary Johnston's talent for combining adventure and historical detail is at its finest. Everyone knows the story of Christopher Columbus, now read it from a whole new-and enormously refreshing-perspective. "We have come to expect first-rate writing from Mary Johnston; but what surprises is the sheer emotional power of the book."
Related Posts
Share This